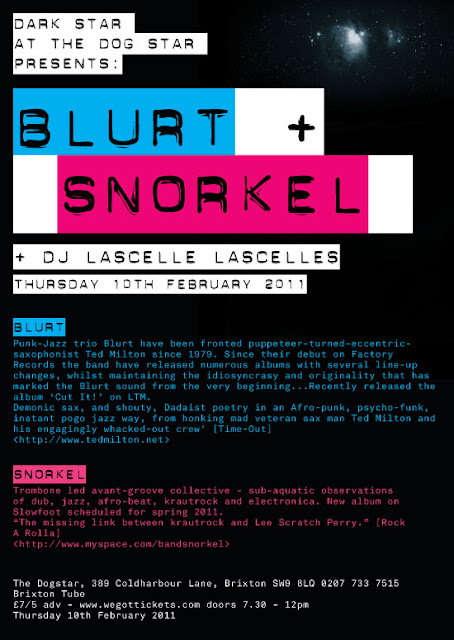 Punk-Jazz trio Blurt have been fronted puppeteer-turned-eccentric-saxophonist Ted Milton since 1979. Since their debut on Factory Records the band have released numerous albums with several line-up changes, whilst maintaining the idiosyncrasy and originality that has marked the Blurt sound from the very beginning...Recently released the album 'Cut It!' on LTM.

"The missing link between krautrock and Lee Scratch Perry." [Rock A Rolla]