'BOTTLE RAIN SMOKE' is the new video release from electronic producer CREWDSON, taken from his much anticipated new album 'TOYS' due for release on July 14th.

The album's title references the quirky instruments he builds and performs on the album of which one is The Concertina which he uses to perform 'Bottle Rain Smoke'.

The video is premiered on The Creators Project/ Vice with an in depth feature on Crewdson and his instruments. Check the feature out HERE 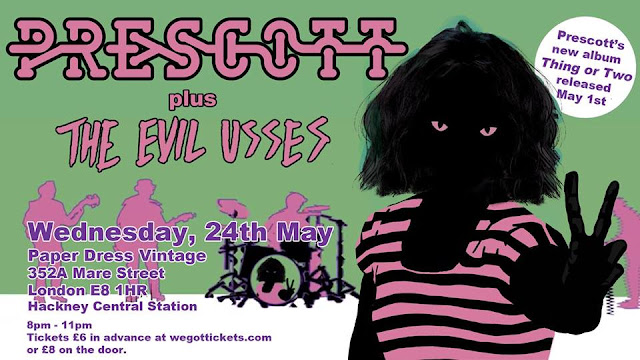 It’s been 5 years since  released his debut and only album to date ‘Gravity’ via Slowfoot Records in 2011. When he announced his arrival with his 12” ‘Dust EP’ a few months earlier he was hailed as one to watch amongst his ʻpost-dubstepʼ peers, “…blowing jazz and glitch into the vessels sails”, and both releases drew huge acclaim from the likes of Gilles Peterson, Clash, XLR8R, Time-Out, BBC, Future Sequence and The Fader to name but a few.

The single is taken from his forthcoming second album 'TOYS' which is now available for pre-order directly from the label on vinyl and CD.

CREWDSON AT THE ALTERNATIVE ESCAPE, BRIGHTON - 18/5/17 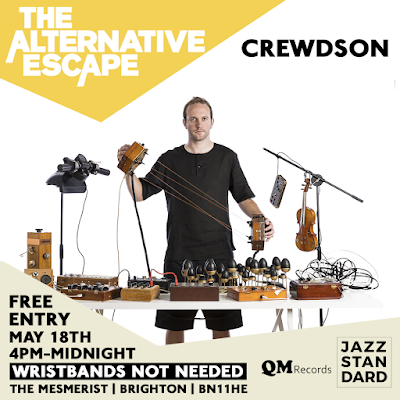 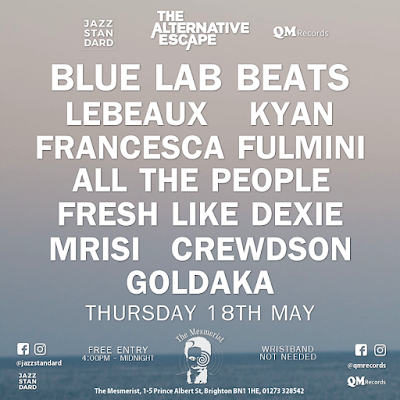 PRESCOTT - the London based instrumental group, verging on supergroup, featuring Kev Hopper (Stump, Ticklish), Frank Byng (This Is Not This Heat, Snorkel), Keith Moliné (Pere Ubu) and Rhodri Marsden (Scritti Politti), have a new record out today. Thier second album 'Thing Or Two' is now out via the Thoofa label..


After the 2014 release of their first album, One Did , Prescott acquired a fourth member in Pere Ubu’s Keith Moliné and a newfound affection for twangy guitar tunes. The new record builds on the arty, minimal intensity of their debut with sweeping melodies and extravagant arrangements.

The startling bass playing of Kev Hopper, the group’s founder, is sprinkled with unexpected pops, slides and trills, a series of musical question marks and raised eyebrows. Frank Byng’s precision drumming is pared down and funky one moment, wildly uninhibited the next, all interweaving with Rhodri Marsden’s broad palette of organs, percussive samples and stabbing synths. Keith Moliné brings improvisatory skills acquired over two decades working with Pere Ubu’s David Thomas, along with the Hank Marvinesque twang that characterises much of the record.

“Prescott are a unique and mischievous proposition” – The List

“A dishevelled Heath Robinson contraption of small moving parts, Prescott make music as hilarious as it is infuriating” – The Wire

“As perplexing as their namesake, Prescott demonstrate the forgotten art of the confounded, the
contrary and the confused, with compelling results” – Flipside
Email ThisBlogThis!Share to TwitterShare to FacebookShare to Pinterest
Newer Posts Older Posts Home
Subscribe to: Posts (Atom)