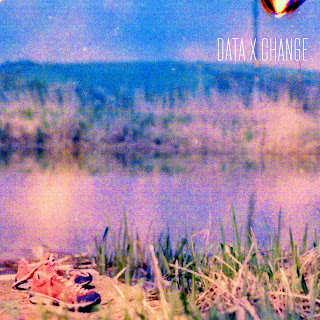 The EP explores what it is to be a songwriter in a digital, image based age - guitar is abstracted as a medium throughout the release, sometimes providing the dominant melody, sometimes just fragments and textures. Different genres are explored, the music lurching from trip-hop to ambient, folk to lo-fi, all tied together with a distinct sonic melancholia. The distinct voice of French-British rapper Monika features on two of the stand-out tracks, as well as features from South London up and comers such as Wazoo, Sienna Bordello and Patrick Fitzgerald.

There is a limited edition cassette release of 100, available on Bandcamp and in select record stores.

"...“Data X Change presents us with an immersive, complex soundscape... For an album that is so reflective and aware of its influences and surroundings, it builds , unique, sonic domain of its own.” [Ryme Press]

“the five tracks featured on this EP run through abstract glitch elements, field recordings, trip-hop, and instrumental strings tethered throughout, find a welcomed retreat from the norm. Each piece a bustling amalgam of thought provoking beats and wide open spaces, voices, and lyrical raps carefully spliced between low-end tones and harmonies. A warm, crunchy, chilled, and exploratory extended player that brings back memories of Tobias Lilja's musical dynamics.”[Igloo Mag]

"The project features French-British rapper Monika who captivates each time he laces a track. Across the new record, he effortlessly combines his influences from trip-hop to ambient, folk to lo-fi, all tied together with distinct sonic melancholia. The EP is shrouded in moody lo-fi atmospherics which seems to sink deeper and deeper over its 18-minute duration" [Twisted Soul]